Whether you are looking to sell or to buy a luxury object, please contacts us for personal service. We assure you discretion. 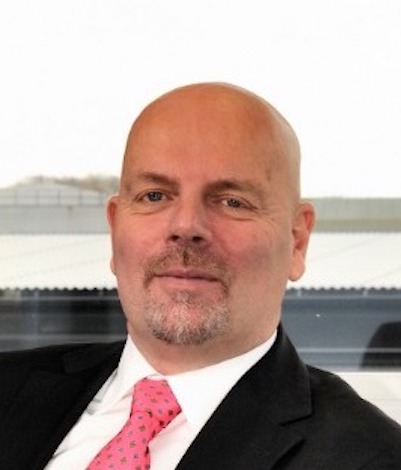 Serial entrepreneur and asset value developer with large national and international network.
Former professional sailor, manager of Americas Cup acts, Owner of an ATP Champions Tour event.
High-quality service and accuracy are key words. Wall Street Luxury Europe will become the world's leading partner for Ultra High Net Worth Individuals.
Specialty: Asset value development, business development, sports, marketing, branding, major events and luxury inventories.I have a long experience in asset management where I have, among other things, been the founder of Trema & Partners Asset management and also CEO of Norama Sports Management.
Until quite recently, I was a Board Member Cobblestone Foxclub and CEO of the fantastic golf resort Foxclub in Palm City, Florida USA.
If you are interested in buying or selling an exclusive Real Estate, as Vice President of Luxury Real Estate International, I am your contact person. 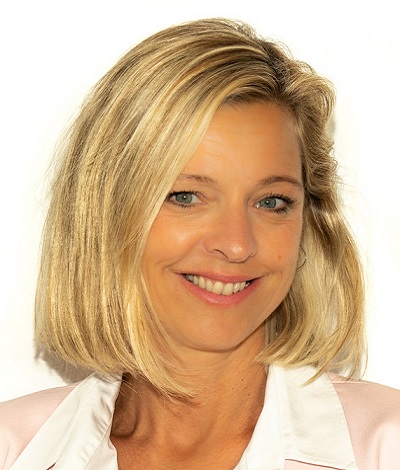 A well-established customer service & management consultant that have acquired considerable experience within luxury real estate and high end hospitality. Her outgoing personality allows her to communicate easily with people at all levels, and hold a passion for resolving client related concerns quickly and effectively.

Anna is accomplished in identifying processes to improve sales, and developing exceptional quality and customer care.
No matter the request - from Luxury Seaside Escapes to Country Mansions, Chateaus & Vineyards to Superyachts and Sportscars- She remain at your disposal. 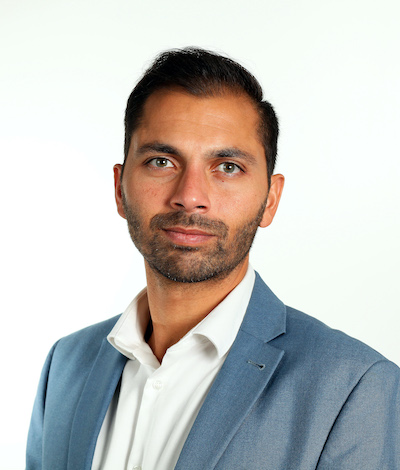 Varun is an investment management and business development specialist with over 15 years of experience in investment banking, venture capital, strategic planning, fundraising and marketing, most of which has been based in Dubai. Throughout his career, he has been exposed to a number of industries ranging from Shipping (family business), Sports & Media, Renewable Energy, Financial Services, Real Estate and more; and have thus developed the ability to operate across sectors. 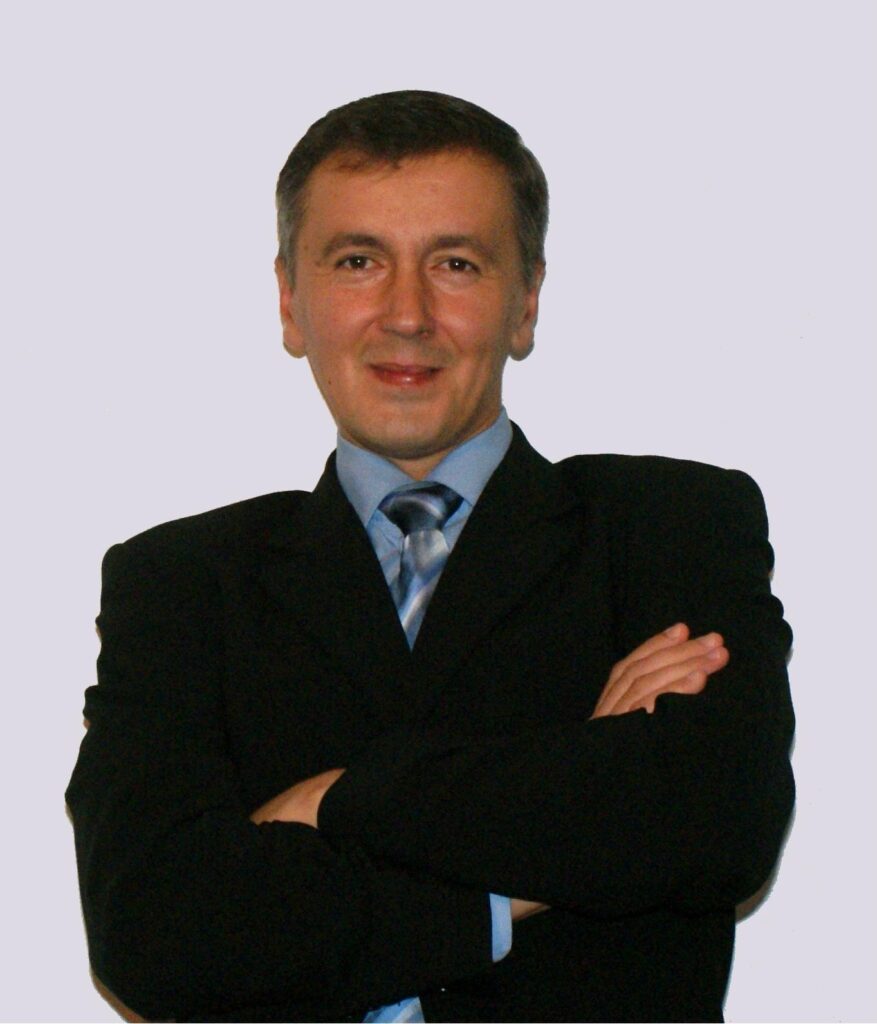 Having 25 years background in analyzing and identifying of investment opportunities, Sergey brings a significant value to our customers among U/HNWIs through the development of practical investment strategies and solutions of financial engineering.
In particularly, using strong knowledge and direct access to the rare and collectable inventory among art, cars, boats, jewerly, etc., he acts as Trustee for private collectors in updating of their collections.
In finally, located in Russia with intensive travelling between Sochi-Moscow-Saint-Petersburg, he is at foreign Customers' disposal as guide to the Russian world of luxury and comfortable lifestyle here. 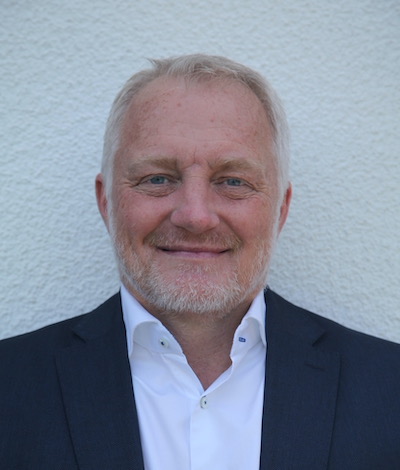 Niklas has among other things sold the world famous “Baillon Collection”. They also sold the most expensive Ferrari ever sold at auction: a Ferrari 335S for € 32 million and personally Niklas holds the world record for a Mercedes 300 SL roadster, a Swedish car for € 3.1 million. The list is goes on and on. 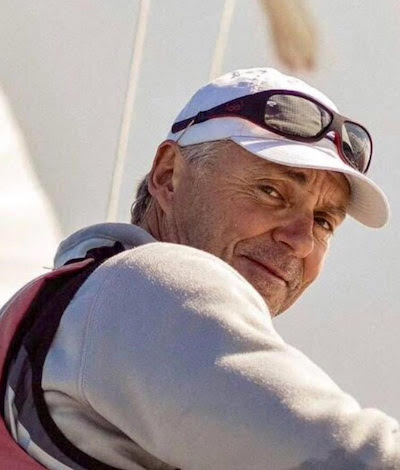 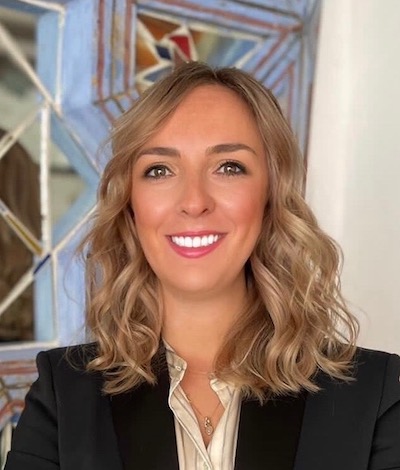 Experienced Marketing & Sales professional with extensive experience in Advertising, Publicity, PR, Media, and International Business.
As a manager with outstanding personal and networking skills, she has an excellent track record of multinational business and expertise in media influence and global marketing. Recently, Blanca has been focused on high-end marketing & sales - specialized in Family Offices, UHNWI, top & C-levels. Having grown up in Marbella and London she is exceptionally well connected in the local luxury communities. 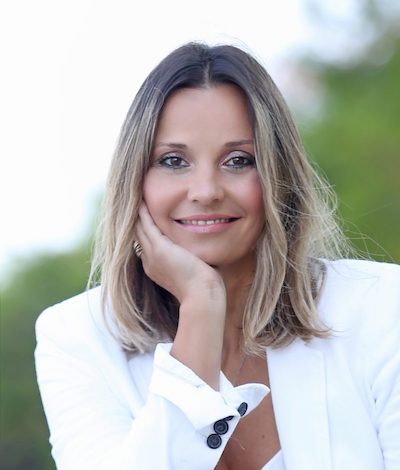 Tatjana’s passion for real estate and tourism industries stems from being a globetrotter by heart and very open-minded.
Work experience with people of different cultures, with different types of business education and motivation, allows her to see things differently and acquire thorough understanding and knowledge about creating strategies and concepts for mixed-use destinations.

Highly motivated and inspired by local authenticity, innovative trends and a high-quality lifestyle, she is known for recognising unique selling points, creating marketing strategies required to ensure successful business results and having a strong desire to excel. 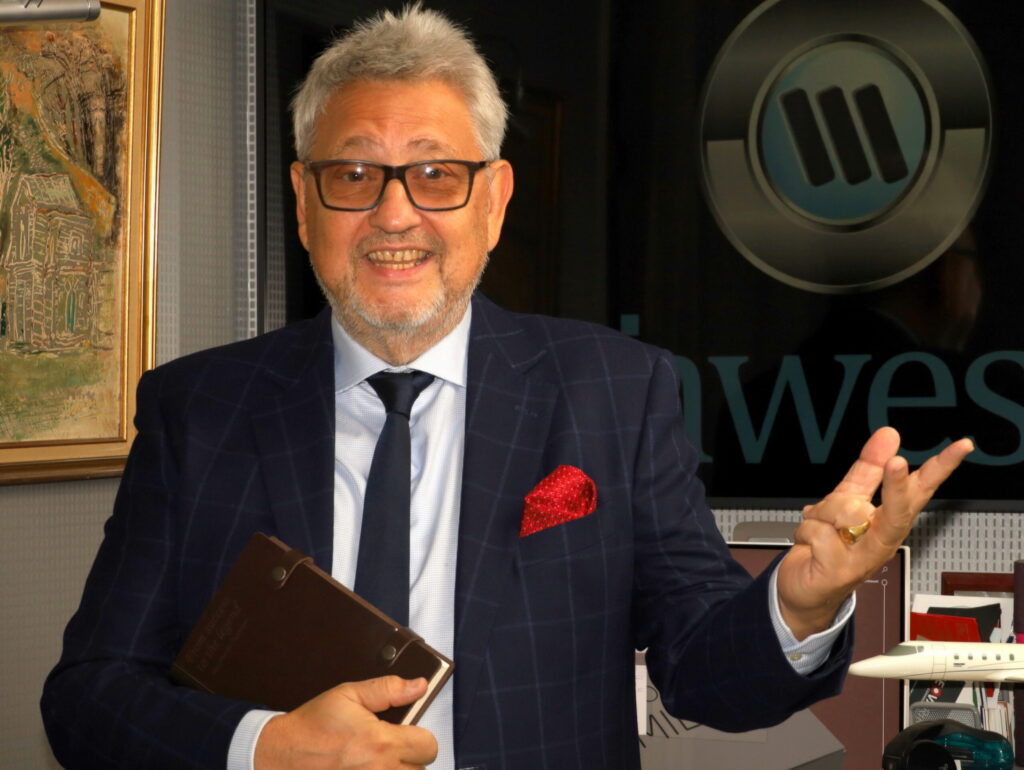 Since 2000 Jean François works and advises UHNWI Families and has successfully led major deals and distresses with banks, institutions, corporations, and funds in the following domains: activity-hospitality, commerce-shops, land development, offices, residential and infrastructure.
Over the decades, Jean François has developed a solid understanding of the marketplace. He is extremely internationally well connected and often sources off market deals.
He speaks at major international conferences and events on family offices, real estate wealth management, banking and investment. 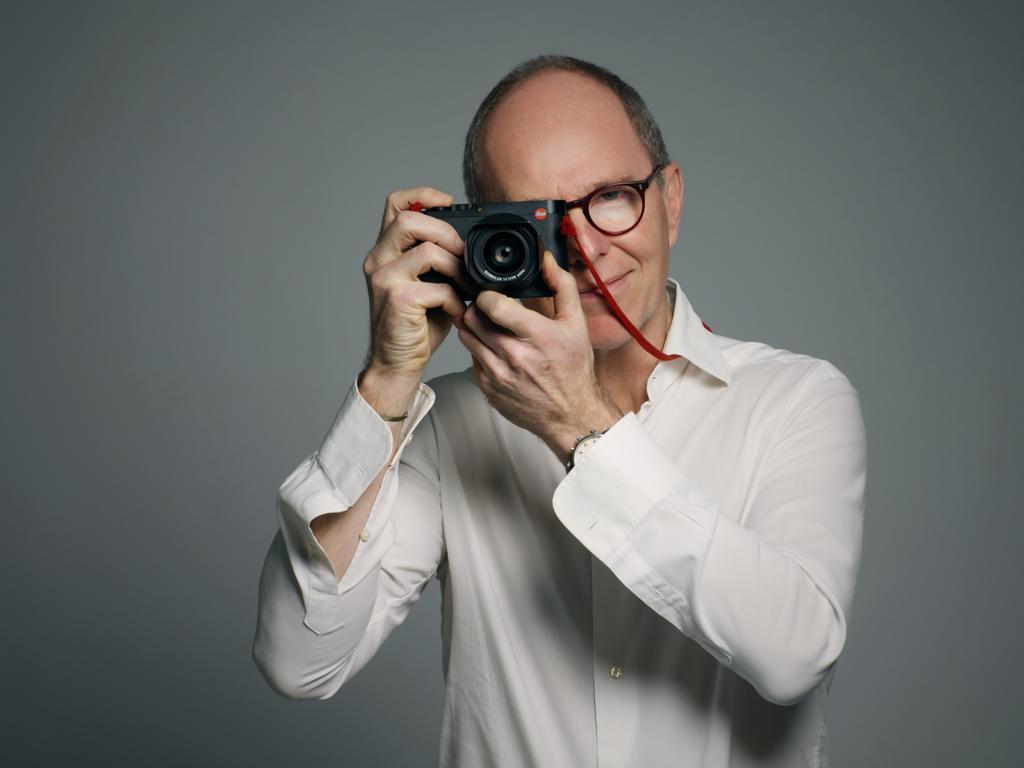 Born in 1958 in France, is the grandson of the last King of Italy and the Regent of Yugoslavia. He grew up and studied in France, Switzerland, UK and Germany. Developed an international clientele in Paris, London, Geneva, Zurich, Lugano, Turin, Milan and Rome comprising of HNWI, entrepreneurs, banks and law firms, has also successfully raised millions over the years with institutional and private clients, family offices and fund of funds.
Anna is accomplished in identifying processes to improve sales, and developing exceptional quality and customer care.
No matter the request - from Luxury Seaside Escapes to Country Mansions, Chateaus & Vineyards to Superyachts and Sportscars- She remain at your disposal. 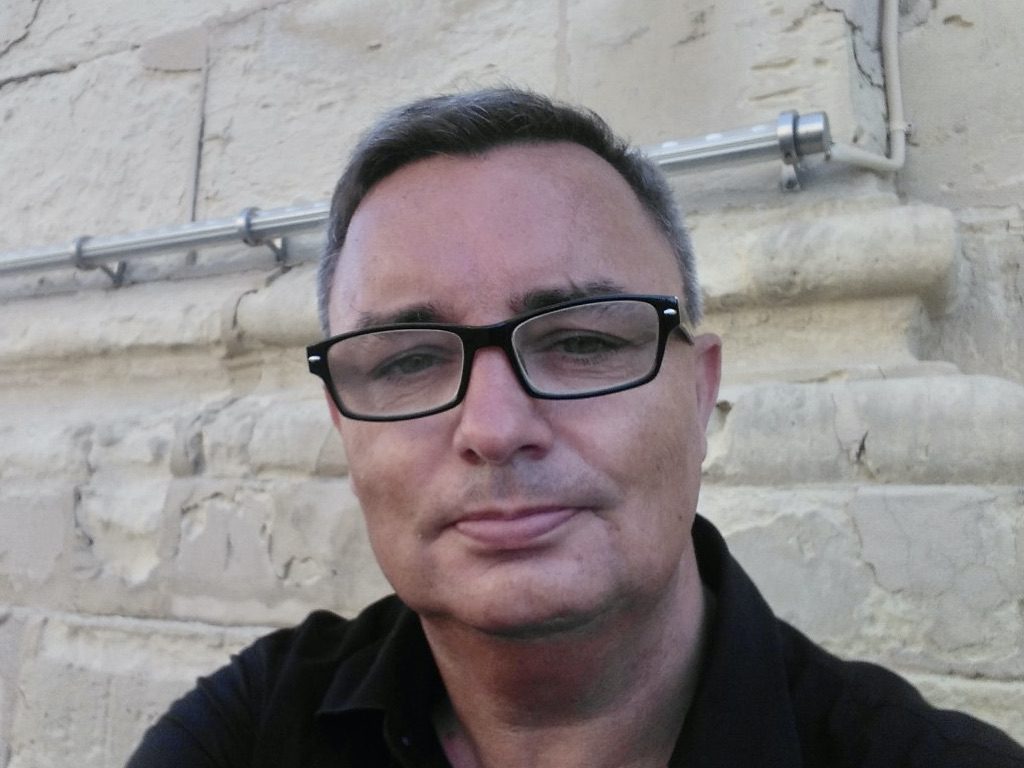 Mr. Bodel started as Portfolio Manager at Citibank N.A. (Monaco) in 1990. He worked in Wealth Management Department at Société Marseillaise de Credit Monaco(now acquired by HSBC), where he experienced Ultra High Net Worth Individuals (U-HNWI), Offshore and wealth management solutions. In 1996, Octave was appointed by Enrique Maso-Vasquez (former mayor of Barcelona and Board member of Philips, EDS), co-lead for several projects including a CD-Manufacturing unit in Monaco. He worked with bluechip clients such as Siemens, Schlumberger, IBM and Microsoft. In 1999, at Age 29, Octave was appointed by his former Dean, Executive MBA professor at university of Southern Europe (now IUM), teaching Security in E-commerce systems. Since 2002, Octave worked for powerhouse Family Offices including the HRH Prince Turki Bin Sultan Bin Abdulaziz (KSA), Louis-Dreyfus (FR/CH) and Lee Family (SG).

Moving to Shanghai In 2004, AlphaLine Investments a BVI registered company specialized in private equity advisory was involved in restructuring Deals of SOE (State Owned Enterprises) up to 5 billion RMB as well as deals in Sports, Retail, shopping malls, Logistics and Energy, Alongside with his executive appointment at Capital Group China. Early 2006, he initiated China Reference Fund Limited, A Cayman island registered private equity fund with 200M USD under management. He was Managing Partner and shareholder of CRF Partners, its management company. Noticeably, He was the capstone between SAGIA Saudi Arabia General Investment Authority and China Development Bank in a 2B USD infrastructure initiative developing since then an expertise in infrastructure and project finance in bilateral government to government projects. From 2011 to 2013, Octave through a management contract was overlooking Finance reengineering unit of the Institutional Customer Group (clients of 250 M USD+) at Citi in Sao Paulo Brazil also spearheading Sudarskis and Partners for Latinamerica with secondary transactions of 300MM USD+.

Octave sits on the board of Austrasia Fund of Fund (an MFSA authorized fund of Funds), CNC Malta and Gomar trading. He participated at key forums such as Business week CEO Forum, AVCJ conference, and Asia infrastructure, Sovereign Wealth Fund forum. Mr. BODEL holds a Bs BA in corporate Finance, from IFAM Paris (French American Institute of Management) and alumni at Tsinghua University Business program. He speaks fluently French, English, Spanish, Italian and Portuguese with solid notions in Chinese mandarin and Arabic. Mr. BODEL is proudly an international mentor of the International University of Monaco.Anna is accomplished in identifying processes to improve sales, and developing exceptional quality and customer care.
No matter the request - from Luxury Seaside Escapes to Country Mansions, Chateaus & Vineyards to Superyachts and Sportscars- She remain at your disposal.

For other inquiries please press button below.